The judges were so impressed by the strength and depth of the candidates under consideration for the inaugural 2020 Early Career Prize of the Britain and Ireland Association for Political Thought that they voted to make two awards, to Dr Teresa Bejan of the University of Oxford and to Dr Paul Sagar of King’s College London. 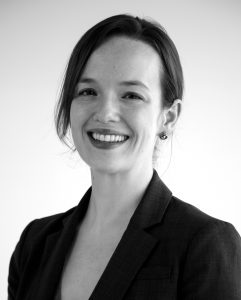 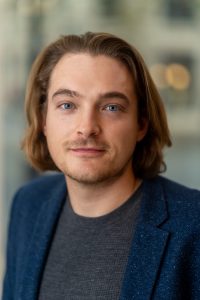 Teresa Bejan is Associate Professor of Political Theory at Oxford, where she is Tutorial Fellow in Politics at Oriel College. She did her BA in Chicago (2006), her MPhil at Cambridge (2007) and her PhD in the Department of Political Science at Yale. The dissertation was completed in 2013. It won the Leo Strauss Award from the American Political Science Association in 2015, and a version of it was published by Harvard as Mere Civility: Disagreement and the Limits of Toleration in 2017. After Yale, she was Mellon Research Fellow in the Society of Fellows in the Humanities at Columbia and Assistant Professor in the Department of Political Science at the University of Toronto-Mississauga, before moving to Oxford in 2015.

Dr Bejan is chiefly a historian of political thought whose focus is on the seventeenth century in Britain and America, but she is also a political theorist involved in contemporary conversations about toleration and freedom of expression. She regularly speaks to a wider public, whether through her TED Talk, viewed over 1.5 million times, on whether civility is a sham, or her op-ed in the New York Times on ‘What Quakers can teach us about the politics of pronouns’. She is confident writing about the central figures in our field—Hobbes and Locke—as she is about less familiar thinkers—Roger Williams and Mary Astell—and her current projects, whether writing her book First Among Equals: The Practice and Theory of Early Modern Equality (under contract with Harvard University Press) or editing the papers from the recent conference on ‘the historical Rawls’, show her continuing to work fruitfully where political philosophy and intellectual history overlap.

Teresa Bejan is a lively and energising presence in the discipline, a fantastic advertisement for the serious study of political ideas, and a deserving joint winner of the inaugural Early Career Prize from the Association for Political Thought.

Paul Sagar is Lecturer in Political Theory in the Department of Political Economy at King’s College London. He did his BA in Philosophy, Politics and Economics at Balliol College, Oxford (2008), before studying for an MA in Political Thought and Intellectual History at Queen Mary University of London (2010) and writing his PhD in History at King’s College, Cambridge. That 2014 PhD became his book, The Opinion of Mankind: Sociability and the Theory of the State from Hobbes to Smith, which was published by Princeton in 2018. Sagar was elected to a Junior Research Fellowship, also at King’s, Cambridge, and worked there until moving to the other King’s at the start of 2018.

Dr Sagar is a very productive scholar indeed. He has already published over a dozen articles in leading journals, together with a steady stream of book reviews, and has completed the draft of his second monograph, Adam Smith Reconsidered: History, Commerce, and the Foundations of Modern Politics. In addition to the quantity and quality, the range of his scholarship is similarly striking: he works in the history of political thought, of course, but is also involved in a range of debates in contemporary political theory, especially but not only around ‘realism’, arguing that the eighteenth century’s questions are still very much our questions and that the best political thinking still has much to learn from the past masters of the Scottish Enlightenment. Earlier this year, he appeared on the BBC’s quiz show Mastermind, his special subject being ‘the life and works of Adam Smith’.

Paul Sagar is an inexhaustibly energetic and tremendously impressive scholar and teacher, and the Association for Political Thought is delighted to make him the joint winner of its inaugural Early Career Prize.