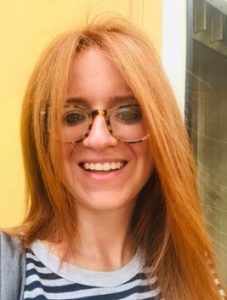 Dr Nuti excels in political theory research, teaching, and service.  Her research, starting with her prize-winning PhD, has contributed to a reshaping of the field of historic injustice, bringing the insights of critical theory, feminist theory, and historical analysis to bear on analytical accounts of justice. This is an innovative and exciting interaction, one which pushes forward political theorising and understanding. Dr Nuti’s first book, Injustice and the Reproduction of History: Structural Inequalities, Gender and Redress (Cambridge University Press, 2019) argues powerfully that women should be recognised as a paradigmatic example of a group that has suffered historical injustice, and that this historical injustice must be redressed. Injustice and the Reproduction of History has been enthusiastically received and reviewed, was the subject of a critical exchange in Ethical Theory and Moral Practice, and received an Honourable Mention in the 2021 European Consortium of Political Research Political Theory Prize.

Dr Nuti’s sole-authored research is complemented by joint authorship and collaborative projects. In addition to that first book Dr Nuti has published many excellent single- and co-authored articles on pressing issues: how to theorise marriage, the need for reparations for complex past injustices such as slavery and colonialism, counter-speech and the duty of pressure, the rights and ethics of migration in a post-colonial context, the normative challenges of temporary labour migration, and the relationship between unjust history and present emancipatory politics. She has also taken her work in new directions, and is presently working, with Gabriele Badano, on a book on political liberalism (under contract with Oxford University Press). Dr Nuti is also notable for her distinctive contribution translating and editing the work of Simone Weil.

Dr Nuti makes significant service to the discipline via journal work: as an Associate Editor of Ethical Theory and Moral Practice and through a large amount of reviewing for approximately 35 journals. Dr Nuti also took on the role of Academic Convenor of BIAPT very early in her career, and performed that task with efficiency and diligence. Dr Nuti has also won a teaching prize for promoting equality and diversity.

Dr Nuti said, “It is an honour to be awarded the BIAPT Early Career Prize. I am grateful to the judges for this recognition and to my colleagues at the University of York for having created a vibrant and supportive community over the years.”