The Britain and Ireland Association for Political Thought is delighted to announce that the winner of the inaugural Mid-Career Prize is Dr Matt Sleat (Reader in Political Theory at the University of Sheffield). 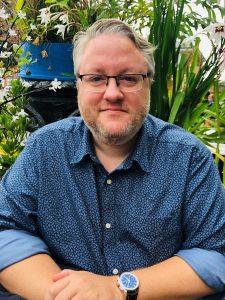 Since defending his PhD at the University of York in 2006, Dr Sleat has made an enormously valuable contribution to political theory through his research and teaching, as well as a leading role in the professional community. His work has made a significant and distinct intellectual mark on the field, by revitalising the tradition of political realism and through a specific articulation of his own realist theory. Through argument that is both rigorous and creative, Dr Sleat’s monograph Liberal Realism (Manchester University Press, 2013) provides a theoretical reconciliation of a realist framework with substantive liberal normative commitments. His deft argument rejects what he sees as a false dichotomy of pure realism (where might makes right) versus a moralism that assumes consensus is straightforwardly achievable in politics. His contrary thesis is that a realist framework – one that views legitimacy as the primary political value – can support liberal values and institutions that take seriously both the inevitability of conflict and the importance of freedom and equality for citizens. Over the last ten years, realism has occupied a central place in debates within contemporary political theory and its prominence is in large part due to Dr Sleat’s energetic advocacy.

Dr Sleat is also an inspiring lecturer, supervisor, and mentor. In 2012, he won a Senate Award for Excellence in Teaching and Learning at Sheffield, where he convenes a range of Politics modules. These include modules on advanced topics (for finalists and postgraduates) such as ‘Global Justice’, ‘The Rights of War and Peace’, ‘Liberalism and its Critics’, as well as core components of the Politics degree, such as ‘Modern Political Thought’ and ‘Contemporary Political Theory’. In addition to his teaching, Dr Sleat has recently served as Deputy Head of Department and the Director of Research for Politics at Sheffield.

The APT judges were particularly appreciative of Dr Sleat’s contribution to the discipline and huge professional service. His editorial work at European Journal of Political Theory raised its profile significantly as a venue for excellent work across the field and, more recently, he has been co-editor of the Political Studies Association’s flagship journal, Political Studies. Dr Sleat’s intellectual interests are refreshingly broad and his expertise cuts across different traditions within political theory, including international relations and the history of political thought.